Your birthday year starts out magnificently. Jupiter, the giver of gifts and luck, is currently touring Cancer, a fellow water sign like yours, in your house of true love. This means Jupiter will be in an ideal position to help you find lasting romance from now through mid-July 2014. You’ve not had Jupiter’s help on such a grand scale for years. Now that you are the celestial favorite to find love, you must make this period count!

If you meet someone now, you are likely to be well suited to each other, the relationship would have the power to continue for an extremely long time, very possibly forever. You’ve hosted good fortune Jupiter in this position since June 25, 2013 without interruption, so in those past months you may have seen some exciting developments in matters of the heart. If not, more chances will come during the first half of this year. Be willing to be part of this trend by being open to meeting and greeting others, and by expanding your list of “qualifiers” in your ideal mate, too. When Jupiter comes by to visit, he tends to bring a few surprises, so the person you may fall in love with now may be nothing like the ideal you had in your mind, but much better!

You may have already met the love of your life and are dating that person now. In your case, you may have confessed your love and promised exclusivity for each other and may already be engaged or will become engaged or married soon.

If you are feeling left out, here’s what may have been the problem. Jupiter moved into your house of love on June 26, 2013 and was in strong, powerful orbit until November 7, 2013, when Jupiter shut down for a rest, by going retrograde, a weakened state. If you feel that Jupiter has not been helpful to you in the love department, it is likely due to Jupiter’s recent weak orbit since November 7. The good news is that from March 6 to July 16, Jupiter will be moving in a sure, strong, direct pace—and that changes everything. Make a concerted effort to circulate socially during that time and you should be pleased with romantic developments.

If you are seriously committed or married, you may now deepen your love. You may decide to have a baby, or to adopt a child. If you already have children, in this coming year, they will likely make you proud, for they will do well! March through most of July will be among the strongest, happiest months for matters related to love and children. If you have been disappointed by an inability to conceive, do careful research to find the right specialist, and book your appointment with that doctor soon.

This year will also be a banner time for finding your artistic voice and finding an ideal setting for your talents. Your creativity will blossom in exciting ways during the first half of 2014, so make sure you work hard on perfecting your craft from March 6 to July 16, the time Jupiter in Cancer will work hardest for you. Emphasize your strengths, and identify the conditions you need to succeed. You will be offered many projects, but seek assignments that will allow you room to grow and that will lead you directly to where you hope to be, for you are starting a trend that will last many years.

The new assignments you receive and complete in the first half of 2014 may or may not be the highest paying ones you’ve ever been given, but they will be some of the best to establish yourself in a new arena, and for creating a future. As you develop your new body of work, whether for yourself, or for a client, your finances will increase over time—have faith that this will happen. With eclipses in Aries and Libra, it is too soon to see your income rise substantially. Often in life, compensation lags behind a show of talent, but sooner or later, things do equalize.

The series of eclipses in Aries and Libra that will continue to happen in 2014 and 2015 may put a drain on your finances. It may be that a close family member may depend on you for financial support, or that a venture will require more time and money than you anticipated. These are only two of many possible examples.

A trip to a foreign country or to a distant city in your own country may come up for you once Mars enters Scorpio, from July 25 to September 14, 2014. During this period, your very best time to plan a fun vacation would be during the last week of July or in the first week of August. You may decide to travel for business instead of having a purely personal trip at this time, and if so, you’d still enjoy the trip and the new setting you find yourself exploring in the few hours you get of free time.

Keep your eye on the end of 2014 for the most exciting uptick in career success that you’ve seen in over a decade! To put this extraordinary statement in context, you will find that during the first nine months of 2014, your creativity will be lauded and the right assignments will come to you that will allow you to shine.

Once Mars tours Sagittarius for the first time in two years, from September 13 to October 26, 2014, you will see accelerated progress, and you will be viewed by VIPs in a new light. Your career will have grown to a special tipping point where you will be able to aim for the stars.

During the phase from mid-September through most of October 2014, if you have played your cards right (and it seems you have) and you have put in a consistently superb performance, you will be considered for a very high status position, one larger than you’ve ever taken on before. Take career offers seriously in those autumn months, for you will be laying the groundwork for a very big professional future.

Just as Mars leaves your professional sector, the new moon of November 22, 2014 will fall in the same high-status career house as Mars visited earlier. Take note of the conversations that come up and the emails you receive in the days that follow that new moon. Any seeds that you plant at the end of November or very early December will set the pace for the entire year to come.

New moons are fiercely important, for they begin a new trends and open doors. They bring exceptional opportunity too. You need a new moon in your career house, and by George, you will get one, on November 22, 2014. All new moons are powerful in the two weeks that follow it, with the strongest energy beaming in the first days (and then gradually declines as you go further away from the new moon.) The universe is speaking very clearly here—earlier, in mid-September through most of October, you will have important talks about future career opportunities. In December, talks reach an important, serious stage.

After the new moon of November 22 arrives, your workweek will become very busy with phone calls, meetings and so forth. That new moon appears in the same week as the US holiday, Thanksgiving (November 27) but nevertheless, you will see much career activity going on then. It will be vital that you stay close to home during that time so that you can take full advantage of career opportunities that surface then. Keep your computer with you at the end of November if you do travel, and keep your phone powered up too.

Incredibly, there is more career news! Saturn is poised to enter this same sector of your chart–your tenth house of fame and honors–on December 23 for the first time since 1985 and will remain in this house until December 2017. Saturn will get you ready for an important leadership role, and one that comes with considerable responsibility and power. The decisions you make, and the endeavors you launch at year’s end will likely be in your life for at least the coming 14 years, and more likely forever.

Being that the autumn will be very important for professional activity, polish up your resume and have it ready to show no later than early September. You will need to dress as though you’ve already won the big job, so get your wardrobe ready too. This will be an exciting time for you! 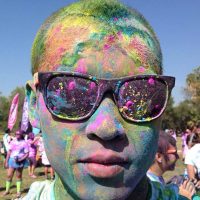